A modern and charming European style boutique hotel, unexpectedly nestled in a tropical setting. Situated in the midst of beautiful Coral Gables, the building is remembered by some as the historic Sevilla Hotel, built in 1926, host to the discriminating travelers of that era.Awareness of this architectural heritage has guided the management in restoring the hotel to its original character, a task accomplished with both a loving hand and a continental touch. The result is an alternative to impersonal lodging so frequently encountered and a return to the charm and service of a small boutique hotel. Wander a bit from our door and discover Coral Gables, the perfectly planned city of 1926 that's fast becoming the global city and international banking center of tomorrow.

Your room, different from all others, awaits you at the end of a 1926 era brass elevator ride. Each of our 28 rooms have personalities as different as those of our guests. No two rooms are alike, making every visit a unique experience. All, however, celebrate your arrival with soft lighting and carefully chosen furniture and paintings. Hidden among this old world charm are quite modern conveniences such as flat-panel TV(s), and complimentary Wi-fi. 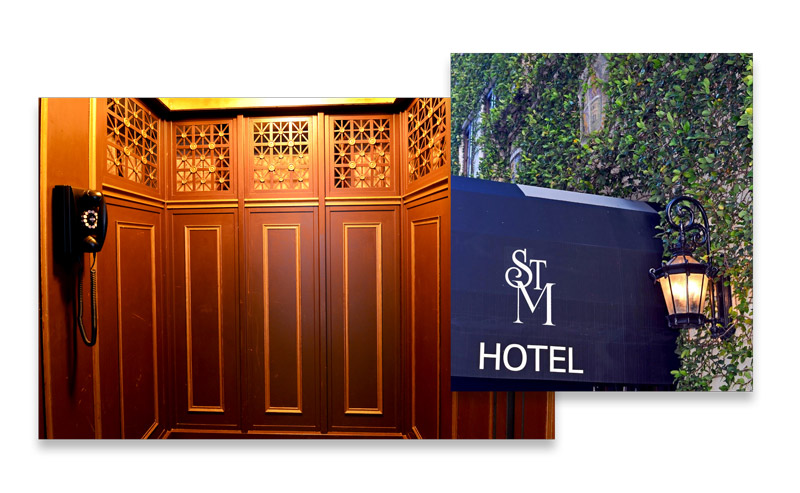 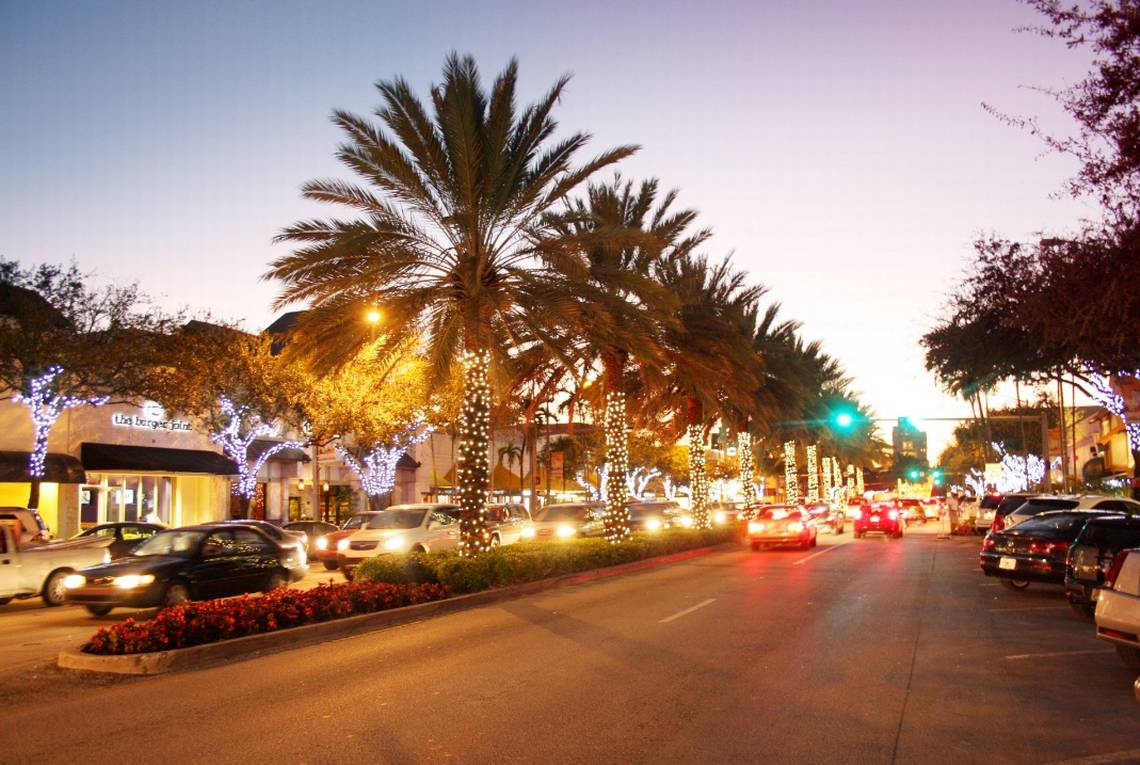 Our intimate lobby is presided over by a concierge, skilled in anticipating the wishes and needs of each of our guests. 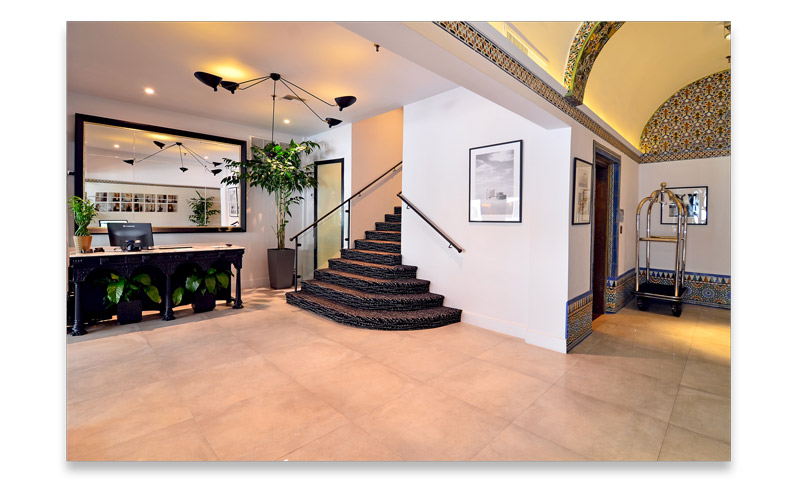 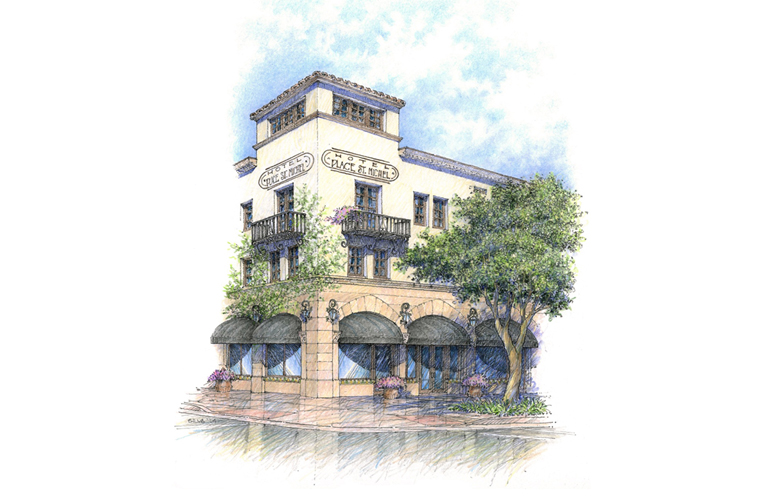 More than $2,000,000 was expended in the construction of business buildings in during 1926. Nothing in the history of development has been more impressive than the growth of its business districts. Its buildings, no matter what the purpose, had to conform to the highest standards in art and architecture, to ensure harmony, beauty and substantiality.

Notable among the business structures recently completed was the Karp Building, now the Hotel St Michel. Back then it was a retail and office building at Ponce de Leon Boulevard and Alcazar Ave, with frontage on both thoroughfares. Designed by Anthony Zink, architect, and erected at a cost of $250,000, it was/is one of the finest and most beautiful buildings in all of Greater Miami.

Even in a city known throughout America for the beauty and stability of its buildings, the Karp Building, now the Hotel St. Michel, was a high achievement, both in artistic design and substantial construction. It is three stories in height, of heavy concrete and hollow tile construction throughout. At the time it had modern requirements, this included a sprinkler system, and a brass manual controlled elevator, which still resides in the Hotel St. Michel today.

Originally the first floor held twelve retail shops while the upper floors featured thirty-four offices. Eventually the offices were converted into hotel rooms and the property was named The Hotel Sevilla. In 1979 the building was purchased by Stuart Bornstein and Alan Potamkin and renamed The Hotel Place St Michel. A restaurant was established on the ground floor, first as La Crepe St Michel, subsequently expanding to become the iconic Restaurant St Michel, which ran successfully for thirty five years. The restaurant space is now operated as the internationally acclaimed Zucca Ristorante. Since its purchase in 1979 the entire building has been restored and become a modern world-renowned boutique hotel and historical landmark under the same ownership.